Experience the Great Whites of Shark Alley for yourself

The Great White Sharks populate this area in the South African winter months from April – September and are drawn to the Island by the 60,000 strong colony of Cape Fur Seals on Geyser Rock. This thin stretch of rock is an amazing spectacle to see and you will soon realise how far the sharks can smell the seals when you come into range of their pungent smelly home. The Island is a natural chum slick for the Great White Sharks and the sharks take their opportunity with the seals when they move to and from the Island out to sea to hunt. 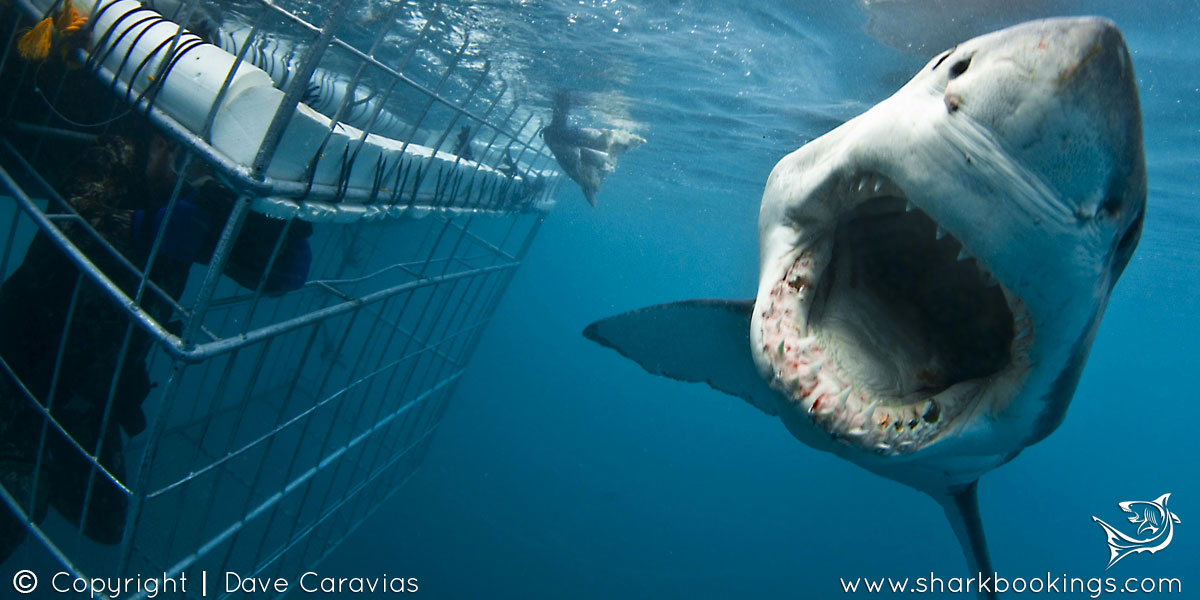 The 8 Shark Cage Diving operators in Gansbaai base themselves around the Island and many days inside Shark Alley. On most days it does not take long to attract the sharks to the boats using Tuna and fish based products. The Film crews if they receive their permits also work near shark alley and on good visibility and calm days, they dive without a cage in these baited waters. The water is baited to attract the sharks but this does not put them into a frenzy but tends to keep them interested in the boats and divers in the water. Without the bait, the sharks are likely to lose interest quickly and move away.

To date, no one has been badly injured when free-diving with the sharks at Shark Alley but this is not to say that it has been incident free or safe. Great care and caution are given on each dive and all backs are covered in the water so to minimise the risk of any incidents. Without stringent rules and complete communication underwater, it is definitely possible for the Great White Sharks to get the better of divers.
If you want to dive in the cage in Shark Alley then the best months to come to South Africa is from May to August. This is the winter season and although it is colder on land the water is generally warmer and there are more and more active sharks. In the winter the Indian ocean is pushed against the coastline with the winter winds brings in the warmer and cleaner water.

Contact us to find out more about diving with Great White Sharks in Gansbaai.

Get Up Close With Sharks: